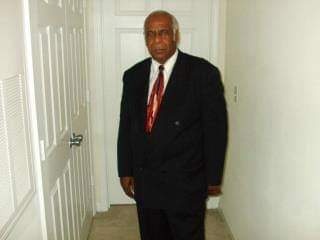 Alfred Sylvester Johnson was born on December 27, 1946 in Cleveland Oh, to Theodore and Katie Johnson and was the 8th of 12 children. Al aka Ajax, Pops, Grumpy, Neckbone as he was affectionately called by friends and family, was a graduate of John Adams High School. He later went on and received his Real Estate license, Tax Preparer Certification and HUD Counselor Certification.

As the son of a pastor, Al accepted Christ at an early age and spent years serving at Zion Chapel Baptist Church (Cleveland, OH) and Providence Baptist Church (Cleveland, OH). He was united in holy matrimony to his elementary school sweetheart, Marie Johnson (Ball). From this union he was Blessed with three children. He mastered and became a career expert in providing, guiding, and loving all his children.

Al was a strong leader who was grounded in helping anyone he could especially family. Whether it was sneaking his nephews and neighborhood kids on the Millbrook Bread truck to help with routes, even providing snacks to families who fell on hard times.  Or starting the African American Fathers Association (AAFA) to mentor teenagers in Cleveland Heights, Al always had a passion for pouring into others. He founded the Cleveland Heights Talley Tigers (with Cheerleaders) as the first suburban team entered into the Muny Football League. He fulfilled his purpose not only thru young people but adults as well. He was known around the city of Cleveland as the Tax Man, helping all he could cut a corner to get larger refund checks. He also was a Real Estate Agent/Consultant for E&D Realty for years helping friends, family, and strangers reach their dream of home ownership all the while consulting other agents towards a path of success.

To order memorial trees or send flowers to the family in memory of Alfred Sylvester Johnson, please visit our flower store.