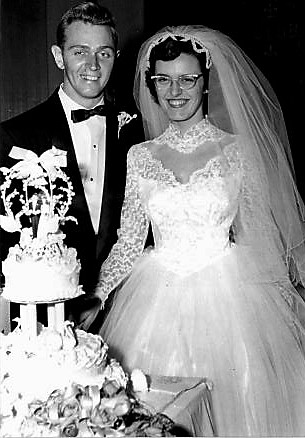 Audrey Carol Hodges, 85, passed away on September 4, 2018 at Tucker Hospice in Kannapolis, NC.

Audrey was born July 14, 1933 to the late Alfred and Hazel Dondero in Brockton, MA.

Her memory lives on in the hearts of many including her husband of 63 years Ron, brother Richard, sister Valerie, children Brian, Mark, Terri, Dianne, Matthew, grand children Mike, Carolynn, Edward and Julia. She was also blessed with many friends and well wishers. While her later years were marred by the loss of memory brought on by advanced Alzheimer’s, she would often smile and wave to strangers as if they were her long lost friends. A testament to her inner soul and the love of her husband.

The family will honor her memory with a Memorial Gathering at 10 AM on Tuesday September 11, 2018 at Harrisburg Funeral & Cremation in Harrisburg, NC. Inurnment will follow at Noon in the Garden of Peace at Carolina Memorial Park in Kannapolis, NC.

In lieu of flower, charitable donations can be made in Audrey's honor to the Alzheimer Association.

To order memorial trees or send flowers to the family in memory of Audrey Carol Hodges, please visit our flower store.
Send a Sympathy Card