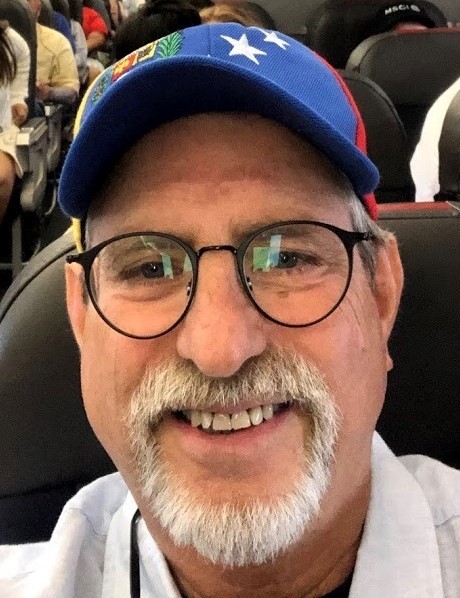 A sweet person left the world last week. Carl Gandel, 64, of Charlotte, NC, died on April 7, 2021 after fighting COVID for two months. He is survived by the loves of his life, daughters Jazzmary Gandel (Miguel Rodriguez) of Aventura, Florida, and Nicolh (Matt) Lieberman of Sunshine Coast, Australia. He also leaves behind his beloved sister Priscilla, niece Ava, and Ava’s father, Bruce Nevad. Carl was predeceased by his parents Herb and Florence Gandel.

Raised in Little Silver, NJ, the hometown he loved, Carl attended Little Silver schools, Blair Academy, and Wesley College in Dover, Delaware, where he met his first wife, Violeta. They moved to Maracay, Venezuela where, in 1985, their daughter Jazzy was born. Carl and his second wife, Sandra, moved to Charlotte after Nicolh was born in 1992. He was an employee of UPS for more than 20 years.

Before his illness, Carl learned that Jazzy and Miguel were going to make him a grandfather, a role he was thrilled about and excited to embrace.

Carl was joyful and giving, kind to all, and held a steadfast belief that everyone in the world deserved to be treated with equal respect. He was a fan of the NY Yankees, the NY Mets (yes, both) and ice cream – a Gandel family obsession.

For those who wish to honor Carl, we ask that donations be sent to Moms Demand Action, an organization that Carl was active with and passionate about.

To order memorial trees or send flowers to the family in memory of Carl David Gandel, please visit our flower store.
Send a Sympathy Card