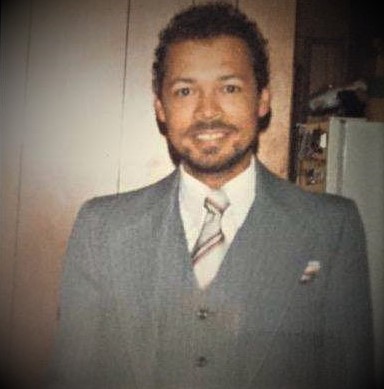 David Bruce Garner was born on June 10, 1946, to the late Obea Kate and Lee Edward Garner in Maryville, Tennessee. He made his transition on Sunday, October 13, 2019.

Dave attened and graduated from high school in Alcoa, Tennessee. He went on to serve in the Army. He later advanced his education with numerous College and Technical courses. He was an electrical and technical wizard, an all around "I can fix anything" man, which included helping his father wire their home at a very young age. Upon completion of his service to his Country, he went to work for Xerox Corporation as a Technical Representative for over 20 years.

David was an accomplished, self-taught musician and avid music lover. He played the guitar, clarinet and some piano. At one point he had his own band. He would oft times play on street corners and sit in with the band in some of the local clubs around town. He could not carry a note in a bucket but he sure could play his guitar. He would ask me to sing while he played until I hit a wrong note and he would get bossy and say, "Resa, get up on that note. You ain't doing it right." He would often help me learn songs for the Choir that I had to lead. David met Teresa in 1977 and began a long-term relationship, which culminated in their marriage on January 18, 1986. To this union was born one daughter, Amber Markeeta Dickerson Garner. They became a blended family and David loved and parented Clarence from Teresa's previous relationship and Teresa loved and parented Laval from David's previous marriage.

The family will celebrate his life on Thursday October 17, 2019. Visitation will be from 4-6 pm followed by Funeral at 6pm. Interment with military honors will be at Salisbury National Cemetery at 10am on Friday October 18, 2019.

To order memorial trees or send flowers to the family in memory of David Bruce Garner, please visit our flower store.
Send a Sympathy Card