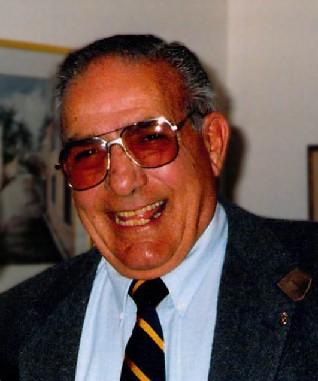 Dominic Stephen Luciano, Jr passed away at his home in Charlotte on February 18, 2017.  He was 88 years old.  He was a former resident of Princeton, WV and Dublin, VA.

Dominic was born on June 21, 1928 in Bronxville, NY to the late Dominic and Carmella Luciano.  Joining the Knights of Columbus in 1955, he was a lifetime 4th degree member of the St.  Jude Council 11639, Father Burge Assembly 2707.  He was also a life member of Princeton Elks Lodge #1459 and an active member of St. Jude Catholic Church in Christiansburg, VA.  Dominic graduated from the University of White Plains with an Associate's degree and also attended West Virginia University.  He retired in 1988 as an engineer from WV Department of Transportation.

Dominic was a skilled woodworker and built many pieces of furniture still used by his family.  He had a passion for cooking, WVU sports, boating on Claytor Lake, and traveling.  Dominic loved his family. However, he couldn’t resist an opportunity to tease and joke with everyone.

In addition to his parents, he is preceded in death by his first wife, Frances Montgomery Luciano; brother, Alfred Luciano; sister, Anita Luciano.

A funeral mass will be held at 11:00am, February 21, 2017 at St Jude Catholic Church.  The family will receive friends from 9:30 until 11:00am prior to mass.  Father Charles Ssebalamu and Deacon Mike Ellerbrock will officiate.

Dominic's family would like to thank the staff of the Carillion Clinic Hospice of the NRV and the Hospice & Palliative Care of Cabarrus County for their compassion and care.

In lieu of flowers, donations may be made to: Carillion Clinic Hospice NRV in Christiansburg, VA; Hospice & Palliative Care of Cabarrus County; St Jude Catholic Church or The American Heart Association.

To order memorial trees or send flowers to the family in memory of Dominic Stephen Luciano, Jr., please visit our flower store.
Send a Sympathy Card