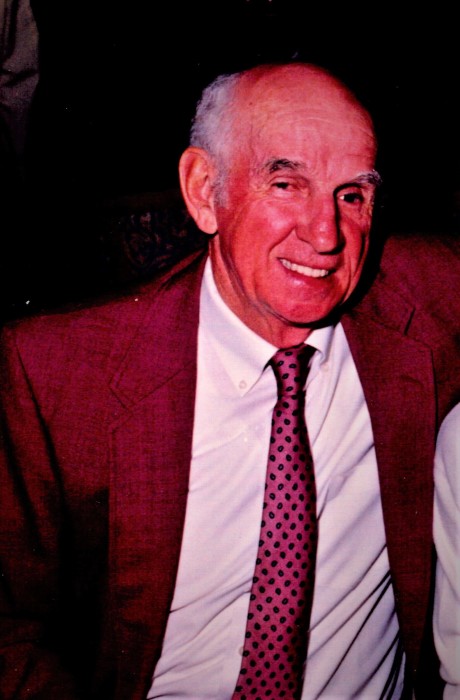 Don was a good man who always strived to do what he thought was right. He was a hard worker and he also enjoyed many pleasures in his long life.  Sports played a big role in his life.  He was one of St.Louis Cardinals biggest fans and attended or watched as many games as he could fit into his busy ironworker schedule. His love for baseball began when he earned a starting position on his school baseball team as a pitcher. He was also an avid bowler and competed with friends in leagues for many years. But his true passion in life was golf. He started his love affair with golf at the age of 12 when he became a caddy at a local golf club. Over the years, he competed in numerous tournaments individually as well as on teams that included his brother Robert Stamer. His strive to perfect his game was seen in the seriousness in which he played. This was well known by those he played with and could also be demonstrated in the three hole-in-one plaques he had. His passion for sports and working hard always served as an example for his family to follow.

Don retired after 46 years as an iron worker (Local 396) in St. Louis, MO. He loved his job and took great pride in the structures he helped build. He very much enjoyed pointing out all the bridges and buildings he worked on across Missouri and Florida.  He loved spending time with his family, playing sports, card games, and hunting down his favorite food "St. Louis Style Ribs".

Don will be deeply missed by all those who knew and loved him.  In lieu of flowers, donations can be made to the Alzheimer's Association of Charlotte in Don's name. See link below.

God saw you getting weary,

He did what He thought was best;

He put His arms around you,

and said come and rest.

He opened up His golden gates,

on that heartbreaking day,

And with His arms around you,

Your life gently slipped away.

You did not go alone:

A part of us went with you

The Day God called you home.

To order memorial trees or send flowers to the family in memory of Donald "Don" Henry Stamer, please visit our flower store.
Send a Sympathy Card