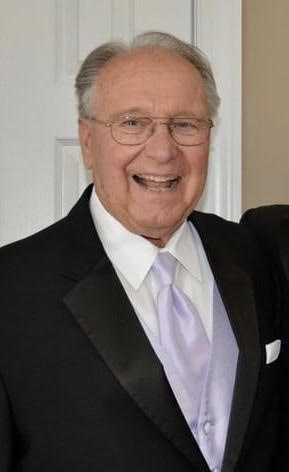 Donald “Don” Richard Watt, 83, of Harrisburg, NC, went to be with his heavenly family on Wednesday, July 22, 2020 at the Tucker Hospice House in Kannapolis, NC after a battle with Parkinson’s Disease.

Don leaves behind his loving wife of 22 years, Rebecca Verrier-Watt.  Since he did not distinguish between his biological children, step-children, in-laws, etc., this obituary will not as well.  Don is preceded in death by his son, Jason Verrier; and survived by his mother-in-law, Patricia Cevaal of Harrisburg, NC; his daughter, Lisa Verrier-Christy (Kirk) of Harrisburg, NC; his sons David Watt (Sonia) of Palatka, FL; Douglas Watt (Amy) of Lake Worth, FL; and Russell (Leslie) Sieber of Cashiers, NC; along with his many grandchildren, great-grandchildren, and friends that he considered family.

He was born in Detroit, Michigan on January 10, 1937, the son of Dorothy Scoggins Watt and Hubert Watt.  At an early age, the family moved to Ft. Lauderdale, Florida, where Don attended Fort Lauderdale High School.  He loved music and was in the high school marching band.  He attended the University of Miami on a marching band scholarship and remained active playing in bands after college.  Don spent the first part of his career in the banking business in Broward and Palm Beach (Florida) counties.  In the late 1990’s, he moved to Harrisburg, NC to spend the latter part of his career in the bottled water industry.  Don enjoyed combining time with family and attending sporting events of any kind, particularly motor sports and football. He was a season ticket holder and attended every home game during the Miami Dolphins undefeated season.  More recently, he loved traveling in his motor home to auto racing events throughout the southeast.  He was a charter CMS Speedway Club member, so it is fitting that he passed away in NASCAR’s back yard.  Don was always a giver. He organized and participated in various charitable activities through his employers, but more importantly to him, he was always offering some kindness to anyone who crossed his path that was in need. Many of them became part of Don’s large blended family. In fact, Don created a “graffiti wall” in his guest bathroom that chronicles the events and people in his life from the last 20+ years!

Don’s wishes were to be cremated with a private family remembrance, to be held later this year.  For those wishing to express their condolences, view his legacy page in the Palm Beach Post.  In lieu of flowers, per Don’s wishes, donations may be made to Hospice and Palliative Care of Cabarrus County, in his honor.

To order memorial trees or send flowers to the family in memory of Donald Richard Watt, please visit our flower store.
Send a Sympathy Card