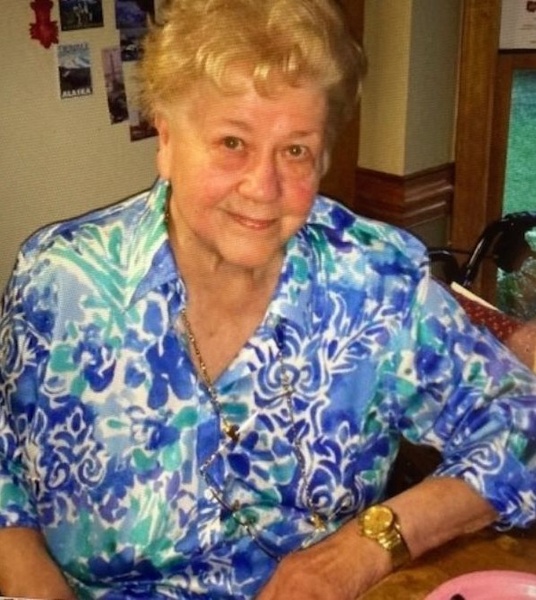 Glenna Bell Cowherd, 94, died on April 7, 2022 at Asbury Care Center of Aldersgate in Charlotte, North Carolina.  Mrs. Cowherd was born October 12, 1927 to Richard and Helen Bell of Cranston Rhode Island. She graduated from East Cranston High School and earned her BS degree in Nursing from State College of Rhode Island. After graduation, she was employed as a nursing instructor at Johnston Memorial Hospital in Abingdon, Virginia.

In May of 1952, Mrs. Cowherd married Dr. Philip Winston Cowherd, Jr. They settled in Saltville, Virginia and raised four children: Philip, David, Kristin, and Charles.  In 1965, upon the death of her husband, Mrs. Cowherd continued her education earning a M.S. in Psychology, and M.S.Ed from the University of Tennessee at Knoxville. In 1970, Mrs. Cowherd was hired by Rowan Technical Institute (RCCC) in Salisbury, North Carolina as Director of Health Occupations where she served for many years. Mrs. Cowherd was instrumental in the formation and accreditation of the Associate degree of Applied Science in Nursing and Allied Health programs at RCCC.

Mrs. Cowherd was an unwavering advocate of education for her children and her students. She felt anyone could achieve their goals with a solid support structure which she generously supplied. She provided guidance to her children with the theme of “keeping the lines of communication open”.  This approach produced outstanding results. She was a wonderful mother, grandmother, and great grandmother, and will be truly missed. Funeral services are private. Burial will be in Kreknoll Cemetery in Abingdon, Virginia.

To order memorial trees or send flowers to the family in memory of Glenna Bell Cowherd, please visit our flower store.