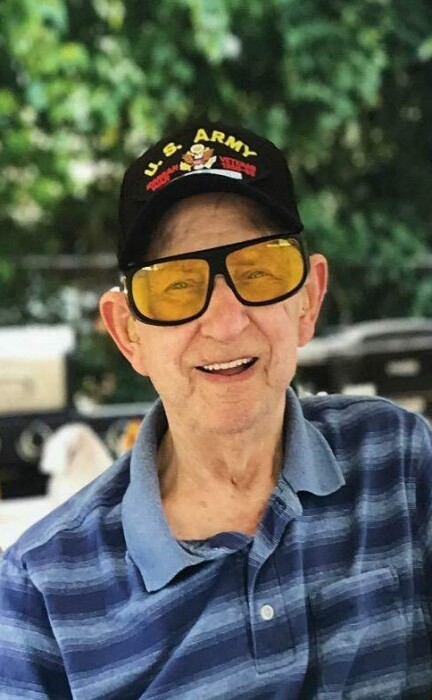 Grover was the only boy with four sisters, which beside serving his country could be why he joined the Army in the Korean War. After the war, he married and had five children. He liked to do carpentry work, cementing sidewalks and driveways, building garages, making Sunday dinner after church, teaching kids baseball, and later to drive a car.

As he got older, he made many trips to the VA. There, he enjoyed the people the most. The veterans sharing history together. He was also proud when people came up to him, shook his hand, and thanked him for his service.

Grover passed away peacefully and happy to be with his family at the VA. The family would like to extend their thanks to the Purple Heart Foundation, Lowes, and Christian McCaffey for caring and making Groverâ€™s life more comfortable in his final days.

In lieu of flowers, memorial donation may be made to the Purple Heart Foundation at https://support.purpleheartfoundation.org/give/278349/#!/donation/checkout.

To order memorial trees or send flowers to the family in memory of Grover Cleveland Monk, Jr., please visit our flower store.
Send a Sympathy Card