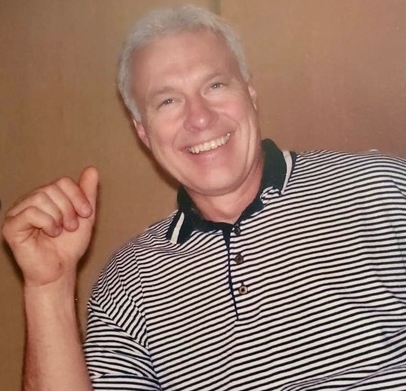 James (Jim) Lawrence Baker, son of LaVerne James and Hilda Hokanson Baker, was born on November 24, 1949 in Oak Park, Illinois. Jim passed away on Friday, July 31, 2020, in Charlotte, North Carolina, surrounded by the love of his family.

This wonderful man was a faithful husband to his wife, Melissa for 21 years. He was a loving father to his children: Scott Baker of Wimberly, Texas; Natalie Bullard of Fairland, Oklahoma; and his stepson, Tyler Harrell of Asheville, North Carolina.

Jim was a graduate of Purdue University in West Lafayette, Indiana, with a BA in Interdisciplinary Engineering. Jim worked as a Quality Assurance (QA) Engineer in the aircraft industry most of his professional career. He later started his own company, Quality Advertising (also QA) so he could work closer to home and family while still working as a private contractor with the U.S. government, Boeing and other aircraft manufacturers. Quality was a strong value for Jim in so much that he used a double entendre in his business name “Quality.” It meant quality products and services, AND that customers would receive products that met his critical inspection for excellence. He utilized his inspection experience from engineering to deliver only the best to his customers.

Jim’s sense of humor and zest for life were contagious with everyone he met. Once Jim found his passion for the accuracy and integrity of God’s Word in his mid-20's, he dedicated his life to making it live for young and old alike. Taking leave from his professional career, Jim attended The  Way College of Emporia in Emporia, Kansas, where he received his BA in Theology. Jim was a remarkable teacher of God’s Word and a compassionate pastor to God’s people—which was obvious to anyone who encountered him. His ministerial work was always 100% volunteer, driven by his deep love for God, His Word, and His people. His sense of humor and the art of his unique and original idioms and phrases (lovingly referred to by his family as “Jim-isms”), were renowned trademarks of his strong fervor for life and people. When asked by his wife once, “If you had to do it all over again, what would you change?” he responded by saying, “I would only have loved more.”

Throughout his life, Jim enjoyed music and sports of all kinds. He was a wrestler and played football in high school. Throughout the years, he ran both the Boston and New York Marathons. His favorite sport was tennis followed by golf. He also enjoyed handball, volleyball, basketball, Frisbee and Putt-Putt. Mostly, he just liked to have fun. Jim also loved music and spent hours on a project digitizing volumes of his favorite music for family and friends to enjoy for years to come.

Jim’s life was an inspiration to all who knew him, and he will be sorely missed.

A Celebration of his life is planned for the Fall Season 2020.

The source of comfort for the loss of Jim can only come from God’s Holy Word stated in I Thessalonians 4:13-18 and I Corinthians 15:51-58. When Christ returns, those who are dead in Christ shall be raised and those who are still living will all be changed, receiving new spiritual bodies and meeting the Lord in the air to be together forever. This hope, the anchor of our souls, allows for true comfort and is encouragement for the family, fellowship and friends to continue in our service to the Lord until that day.

To order memorial trees or send flowers to the family in memory of James Lawrence Baker, please visit our flower store.
Send a Sympathy Card