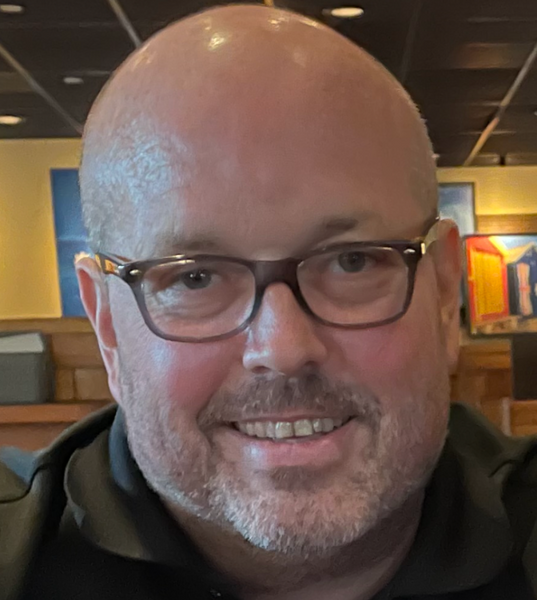 John Michael Ennis passed peacefully on November 27 at Atrium Health in Charlotte, surrounded by love and music. He was a man of many names.

When he played soccer at Mount Pleasant High School (class of ‘89), the back of his jersey said “Ennis” and that’s what his coaches and teammates called him. He carried that name into the Army, where he served as a Field Medic for a rapid deployment unit, and came to be known as “Doc.”

He always went by John at work, most recently as a beloved employee of Unique Paving Materials of Cleveland, OH, whose wonderful colleagues prayed for, checked on, and supported him and his family throughout his illness, for which we will forever be grateful.

He was Uncle Michael to his nephews and nieces: the fun uncle: always up for a trip to an arcade, handing out cash freely, and staying until everyone had enough tickets to clean out the arcade shop; equally up for a poker game, where he once again gave up the cash, since he had zero poker-face, in the most hilarious way.

To his “other children” he was Mr. E, always quick with a joke, or to tell them when he was proud of them, or to fuss at them when they did wrong. He was a driveway basketball star with a sick fadeaway, never giving up a win until they outgrew him and learned to outplay him.

To his kids, he was Dad. Always spinning a pillow on his finger or strumming his guitar in the living room, or making something delicious for dinner. He raised them to love music and art, try new things, and think for themselves, but most importantly, to be kind.

He is preceded in death by his mother, Linda Cranford, his father, Robert “Bobby” Ennis, his brother, Shane Ennis, and his niece, Stephanie Ennis.

He is mourned by his wife, Patti Ennis, their children, Abigail Ennis and Noah Ennis, his step-father Arnold Cranford, his parents-in-law, James “Pete” and Maryjean Peterman, his sister-in-law and brother-in-law Karen and Adam Birk, and his nephews and nieces, Dylan and Ashleigh Ennis, Jordan and Jennifer Ennis, Jarrett Ennis, Gavin Ennis, AJ Birk, Alex Birk, his nephew and Godson Luke Birk, and his great-nephew Corbin Ennis. He is also mourned by countless friends and “framily” whose lives he touched in so many immeasurable ways.

The family is grateful to the good folks at Atrium Health and Sanger Heart Clinic, who fought tirelessly alongside us, giving us 7 wonderful bonus months with him, and helping him pass in comfort and peace when the time came.

In lieu of flowers, the family requests donations for the American Heart Association. Please also consider becoming an organ donor.

A wake will be held at the family home on Saturday, December 4. Please drop in anytime after 1:00pm to visit with family and friends and celebrate Michael’s life.

To order memorial trees or send flowers to the family in memory of John Michael Ennis, please visit our flower store.