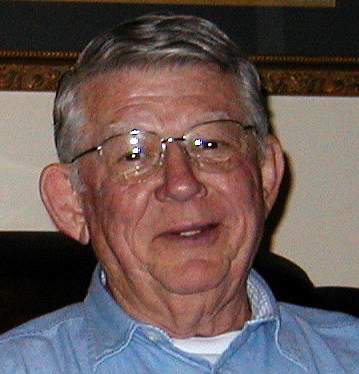 Johnny was born on June 24, 1930 in Tampa, FL.  He retired from Carolina Marking Devices where he worked as a linotype operator.  Most recently he worked at Harrisburg Hardware part time.  In his younger days, he was a fabulous water skier, avid golfer, drag racer and mechanic.

Johnny is survived by his wife, Brenda Carpenter; son, Michael (Debbie) Carpenter of Marietta, GA; daughter, Michelle (Darren) Furr of Harrisburg; sister, Jenny Carpenter of Gastonia; five grandchildren and one great-grandchild.  He is preceded in death by his brother Howard Carpenter of Akron, OH and his sister, Marie Costner of Gastonia.

A visitation will be held in the fellowship hall at Harrisburg Presbyterian Church on Wednesday, June 15, 2016 from 6 - 8pm.

To order memorial trees or send flowers to the family in memory of Johnny Edward Carpenter, please visit our flower store.