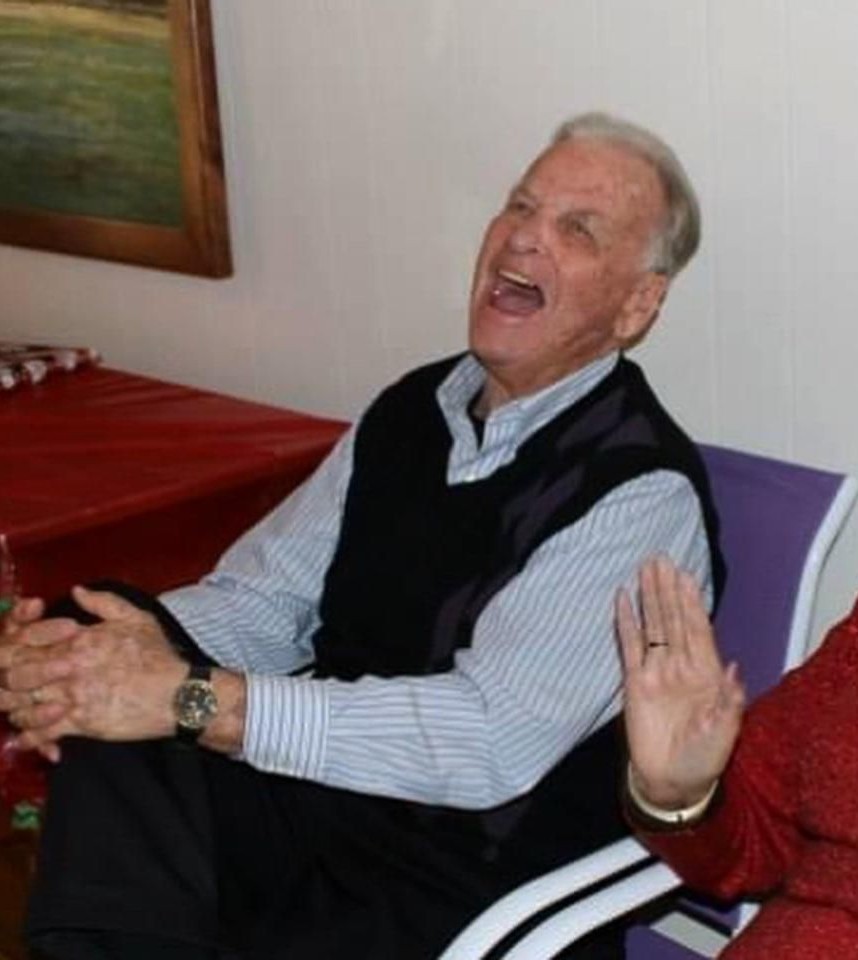 Johnny Alden Mullins, 89, of Concord, NC passed away on Tuesday, October 26th at Tucker Hospice House surrounded by his loved ones.

John was born on December 19, 1931 in Shelby, Kentucky to Ernest C. Mullins, Sr (Moon) and Alice Reed Mullins. He grew up in the Ramsey section of Norton, VA and loved playing baseball and getting into trouble with his siblings and friends. At the age of 19, he joined the Navy where he served several tours in Europe and Asia. He was among the crew that represented the Navy at Queen Elizabeth II's Coronation Review and was able to meet the Queen.

After the military, he returned home to Norton where he met and fell in love with Willene Ison and they married in 1955. He obtained a degree in Business at East Tennessee State University and worked for Woolworth throughout the southeast until he retired to open his own business. He loved his family, attending church, playing golf, dancing, and telling bad jokes.

In addition to his parents, he is preceded in death by his brothers, Haskel Mullins, Don Jack Mullins, EC Mullins Jr, and his sister, Pauline Akers.

He is survived by his loving wife of 65 years, Willene Ison Mullins; his son Greg Mullins and Robin of Norton; a daughter Tammy Mullins Smith and Lane of Harrisburg, NC; five grandchildren, Emily Diaz Llaneza and Pepe of Cary, NC; Carly Mullins and Zach of Charlotte, NC, Victoria Smith and Brons of Charlotte, NC, Alexandria Smith of Concord, NC and Gabriella Smith of Harrisburg, NC; eight great grandchildren; a sister, Phyllis Gough and Hurley of Colfax, NC; a brother Bob Mullins and Pat of Virginia Beach, VA; and several nieces, nephews and a host of other relatives and friends.

A military service and interment will take place at 2:00 P.M. on Friday, November 19th at the Salisbury National Cemetery Annex located at 501 Statesville Blvd, Salisbury, NC.

To order memorial trees or send flowers to the family in memory of Johnny Alden Mullins, please visit our flower store.
Send a Sympathy Card