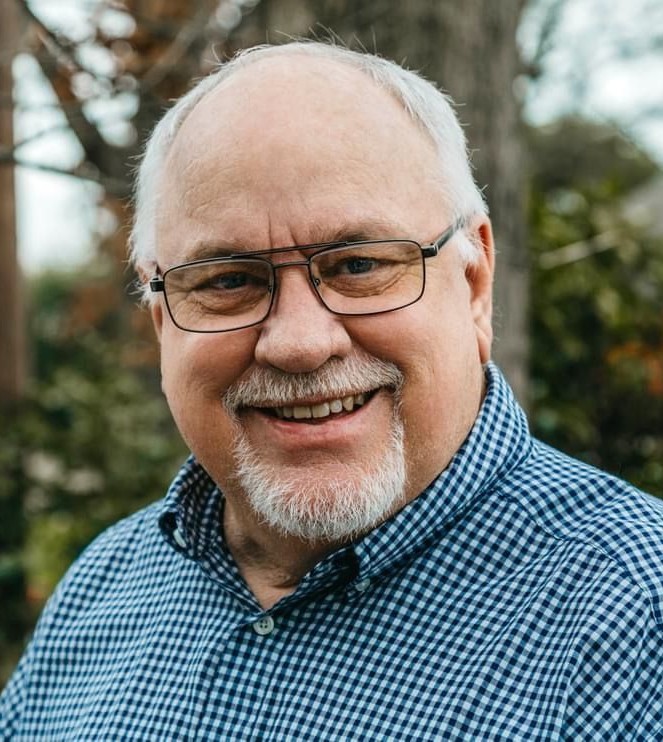 Joseph Stephen McCutcheon, age 66, breathed his last earthly breath and stepped into the presence of Jesus on Tuesday, March 1, 2022.  Born the youngest of seven children in El Paso, TX, Joe was preceded in death by his parents, Frances and Seaton McCutcheon, by his sister, Mary Frances Hoffman and by his brother, David McCutcheon. He is survived by his wife, Penny; his three children and their spouses, Amory and Steve Anderson, Bethany and Jonathan DeVore, Preston and Madison McCutcheon; and seven grandchildren, Tucker, Wyatt, Abram, Elleanor, Elias, Penelope, and Peyton; all who live nearby. He is also survived by his siblings, Ellen Giust, Elizabeth Bryant, Catherine Driscoll, and Robert McCutcheon.

Joe’s love for the Lord was evident in all parts of his life. He started his own business over 20 years ago, Camerakidz, which specializes in preschool photography. These schools and connections would eventually become a big part of his mission work in El Salvador. Since 2014, he has traveled to El Salvador several times every year, each time bringing shoes to the children there. He desired to love others and to share with them how much Christ loved them.

Joe’s family knew his grilled hamburgers to be the best around! His laughter was contagious, and his backyard, “Shady Rest,” was the best garden and the favorite playground of all the grandkids.  Family dinners with all of his children and grandchildren were where he made great memories for us to cherish. His grandchildren brought so much joy to Poppy, and he loved spending time with them, watching them play sports, and cheering them on as they played together in his backyard.

Joe’s garden, “Shady Rest,” was a favorite project that he created for everyone to enjoy.  In lieu of flowers, please consider sending perennial plants for his family to build his next “Shady Rest” in his honor.

A Visitation will be held at 2pm on Thursday, March 10, 2022 at Hickory Grove Baptist Church - Mallard Creek Campus. A Memorial service will follow at 3pm.

To order memorial trees or send flowers to the family in memory of Joseph Stephen McCutcheon, please visit our flower store.
Send a Sympathy Card