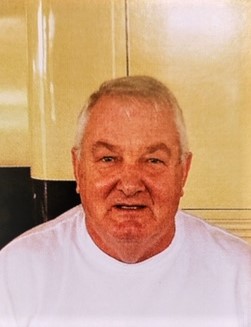 Lawrence “Pooker” Harris of Charlotte, North Carolina, formerly of California, Pennsylvania, passed away on September 2, 2019. He was born on March 26, 1945 in Brownsville, Pennsylvania to the late Alfred and Jean Harris.

Along with his parents, Lawrence was preceded in death by sister Marie Whoolery (Hershel), and brother David Patrick Harris (Joyce).

Lawrence graduated from California Community High School, class of 1963. He served in the U.S. Army Reserves and United States Air Force Reserves from 1965-1971. He had a long career at Welland Chemical (formerly Allied Chemical), in Newell, Pennsylvania. He dedicated many years of service to the community in law enforcement

Lawrence has been retired for nearly 20 years and has spent much of his time enjoying the company of family and friends and traveling. He especially enjoyed his many trips to Florida. When he was home in California, PA, he was well known for spending time at the Kwik Fill where he sipped coffee and shared lively debates over politics and sports. He was a big Pittsburgh Steeler fan!

Lawrence moved to Charlotte, NC in early 2019 to be close to his daughter and two of his grandchildren. He settled in nicely to his new life in Charlotte and felt he was always meant to live in the South. He embraced a new way of living and made many new friends along the way. While his memories will be cherished, he will be greatly missed.

To order memorial trees or send flowers to the family in memory of Lawrence "Pooker" Paul Harris, please visit our flower store.
Send a Sympathy Card