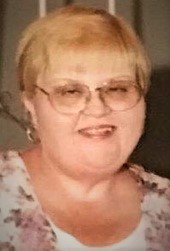 Sissy, as she was know to her family and friends, was born on June 27, 1950 to the late Silas Furr and Billie Hill in Charlotte, NC.

She is survived by her husband of 43 years, Jerry Humphries; niece Sue Reynolds; nephew Michael Furr; and several grandnieces and grandnephews.

In addition to her parents, she is preceded in death by her brother Roger Michael Furr.

A native of Charlotte, Sissy, graduated from Olympic High School and was a member of Trinity Baptist Church in Charlotte. Sissy loved life. She was described as funny and always enjoyed a good laugh.  The past few years she enjoyed time with her many friends at Concord Living Center.

To order memorial trees or send flowers to the family in memory of Mary "Sissy" Elizabeth Humphries, please visit our flower store.
Send a Sympathy Card