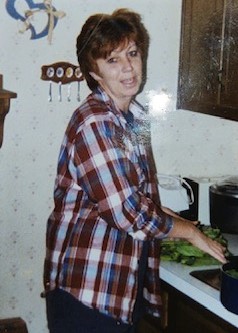 Mrs. Phyllis Parker Martin 62 of Harrisburg NC left this earthly realm after a long battle with COPD on May 26, 2021 . She passed peacefully surrounded by her loving  family.

She is preceded in death by her grandparents, parents and brothers.

It would be wrong to say that Phyllis lost her battle because she never stopped fighting. No matter how sick she was, she was always determined. When anyone else would have broken, Phyllis stayed strong. Through her, we know what resilience and perseverance truly look like. There was no quit in Phyllis. Just because she is no longer here, it doesn’t mean she lost her fight.

The family will hold a private service at a later date.

To order memorial trees or send flowers to the family in memory of Phyllis Parker Martin, please visit our flower store.
Send a Sympathy Card