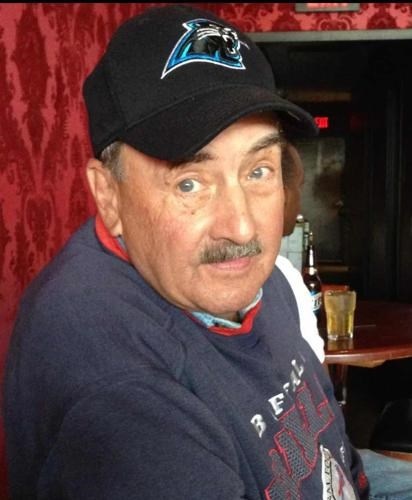 Dick was born December 17, 1941 to the late Edson and Anna Vorozilchak-Stanton, in Wellsville, NY where he was raised and spent most of his life. In 2011, Dick moved to Harrisburg, NC to be closer to his family. Dick's greatest passion was for sports, where his historical knowledge was unmatched as a devoted fan of the Buffalo Bills, Buffalo Sabres and Boston Red Sox. He most enjoyed spending time with and talking sports with his nephews, Nick & Bryan, and his brother and sister-in-law, Michael & Ruth, who he loved dearly and are left to cherish his memory. Throughout his life, Dick also enjoyed spending time outdoors, landscaping and gardening, doing so for many years with his cherished Jack Russell Terrier, "Jackie"by his side.

At his request, there will be no service, but rather a small gathering for family at a later date in Wellsville. Memorial Donations in Dick's honor can be made to the SPCA of Allegany County @ www.spcaallegany.org in addition to cheering on the Buffalo Bills.

To order memorial trees or send flowers to the family in memory of Richard Edson Stanton, please visit our flower store.