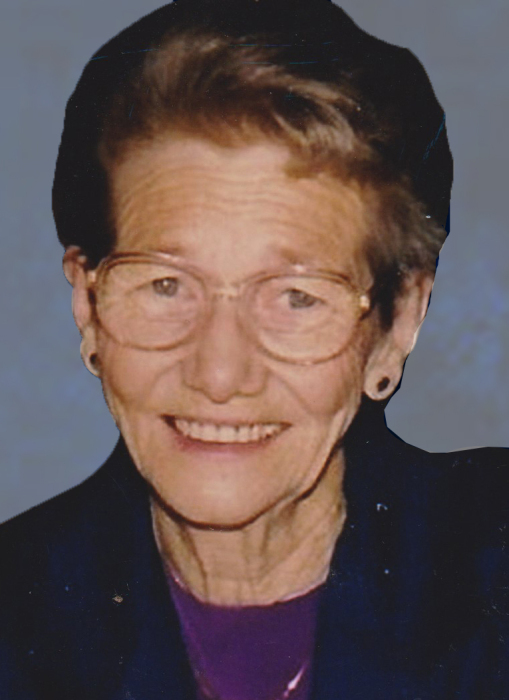 Ruby Lula Abell Gratton died peacefully at the Brian Center Health & Retirement Center on August 4, 2020 in Concord, NC due to COVID-19 pneumonia.  She was 98.

Ruby was born on March 9, 1922 in Fairfield, VT to Clyde and Lula (Elwood) Abell.  She grew up working on their 365-acre farm and went to Chester A. Arthur primary school (one room school with eight grades).  In Eighth Grade she was the school janitor to help with the family’s finances.  She married Henry Gratton in 1945, whom she met while working at Bells Aircraft.  They moved from VT to CT in 1953.  She held numerous jobs, both inspecting and assembling aircraft parts, at United Technologies Corporation Pratt & Whitney Aircraft and Hamilton Standard Division. She retired from Hamilton Standard in 1992 but continued working at Kmart and then Kohl’s until 2005.  She had three sons and one daughter with Henry, and was a dedicated and loving mother and grandmother.

Ruby was a real tomboy growing up and enjoyed playing baseball, hunting and fishing.  At 15, she demonstrated the Ford Ferguson tractor at the Essex County Fair, to show that “even a girl could use it”.  She battled Crohn’s Disease since the age of 12, but wasn’t properly diagnosed until the age of 31.  Ruby’s work life in VT ranged from paperboy, house painter, housekeeper, milk inspector, chambermaid, bellhop, cashier, bartender and auto parts salesman, all while working on the farm.  Later in life, her favorite pastime was Bingo, which she enjoyed many times a week (her license plate was LIV4BINGO).  She won many games and made many wonderful friends.  She enjoyed driving her 2 Trans Ams in the early 80’s and had a slight lead-foot.  We know this from numerous car rides in which she was quite vocal regarding the driver in front of her going at a snail’s pace, following up with a hand gesture or two.  At 5 feet and barely 100 pounds, she was a force to be reckoned with.  She taught her children and grandchildren to be strong, work hard and never give up on whatever challenges life brings you.

Ruby is survived by her daughter and son-in-law, Eugenie and Thomas Fortier of Concord, NC; daughter-in-law Marie Gratton of Charlotte, NC; nine grandchildren; twelve great grandchildren; and two great-great grandchildren.  She was preceded in death by her ex-husband, Henry, her sons Earl, Patrick and Paul and her sister, Flora Bell Bovat, two half-brothers, Earl Elwood and Wayne Abell and a half-sister, Doris Elwood.

A private family service will be held in St. Albans, VT.  Ms. Gratton’s family is eternally grateful to a select few nurses and CNAs for the excellent care she received at the Brian Center Cabarrus and tremendous thanks to all the staff from the Hospice & Palliative Care of Cabarrus County.  Instead of flowers or memorial donations, Ruby would want you to express your love to those you value (and when Bingo Halls reopen, go play a game or two!).

To order memorial trees or send flowers to the family in memory of Ruby Abell Gratton, please visit our flower store.
Send a Sympathy Card