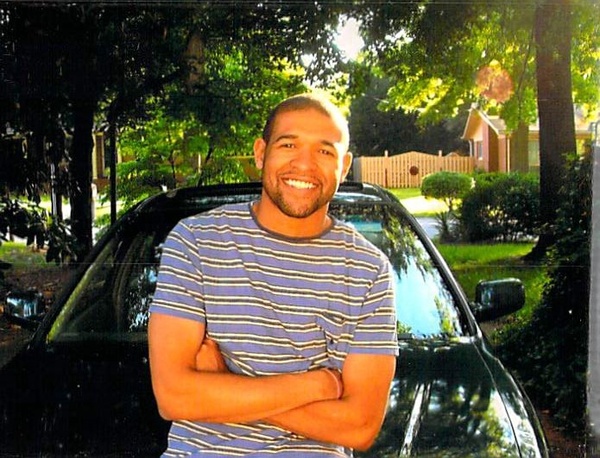 Shaun Antonio Alexander was the firstborn child to his mother, Kim, on May 17, 1981.

Surrounded by family and friends who became family, Shaun was a precocious and happy child. He spent his formative years in our Nation’s Capital and Columbia, Maryland. He attended primary school at N.H. Burroughs in Washington, DC. During a summer vacation to Dry Gulch, Oklahoma to meet Gospel Bill, he accepted Christ.

Shaun was a very competitive athlete through his young life before he turned 5 years of age. He learned to swim soon after he took his first steps. He played sports for the YMCA indoor and outdoor soccer teams. He spent four summers as a camp counselor there. He was recruited to play basketball for a few of the local leagues until middle school, where he was determined to be the best and meet Michael Jordan before he graduated from First Assembly in 1999. After high school, he studied Political Science at UNCC, and Communications at East Carolina. He was employed by The Omni Hotels in Charlotte and Food Lion Inc.

Shaun was a huge action movie fan and enjoyed meeting people from many different cultures. He loved music and he outdoor events such as traveling and attending concerts.

A diligent and conscientious worker, a proud defender of the Washington Redskins and the Duke Blue Devils, Shaun was a type of hero to many. He adored the neighborhood children, who referred to him as “Mr. Shaun”. He would gladly help folks in the community who needed a hand or a lift on a weekly basis. He tackled projects around the house for both his mom and his Uncle Mac. He even volunteered his kidney to a coworker with a wife and young family. For all who loved him and will forever miss him, he left to soon, but God knew best.

Throughout his life, he remained close to his sister, Brittany and the number of friends he called his brothers, the ones he confided in through the years. Those are the people who knew the laughter and the struggles.

A memorial tribute was held on October 13, 2018 at Concord First Assembly.

Senior Pastor Doug Witherup gave a beautiful welcome and led the congregation in the opening prayer.

Shaun’s mom, Kim, shared the role she played in his life and her love for him, even during the toughest times. She spoke how depression robbed their family of what should have been their best years but better days had already begun and about their celebrated time together as a family in recent months.

A video honoring Shaun’s life was produced by his cousins, Kevin and Ryan McMillian and Shelyn V. Edley, concluding with a song by Stevie Wonder, “Always”.

Someone who proved to be Shaun’s friend in the truest sense of the word, Paula Yost provided guidance during a difficult time in his life, and continues to speak on his behalf. She gave words of comfort and encouragement for the family and all those in attendance.

Paul Matthews, who spent many enjoyable times with the Alexanders, gave a moving testimony to the meaning of friendship and how Shaun shaped his life. Clay Sholar of Mooresville,NC always considered by Shaun as an advisor and a good friend also helping him choose his first car, read a letter written to the family by Mike Fisher of Amherest, NY. Both were invited to his college acceptance dinner.

Rev. Michael Caskey, his teacher, friend and mentor, brought joy to those in attendance on how he loved Shaun as a son and his resilience.

Mrs. Jennie Goff, shared lovingly her conversations with Shaun and how he desired to make better choices. He appreciated her kindness and valued her opinion. Her doors were always opened for fellowship and home cooked meals he and his family frequently enjoyed.

Pastor Joe Phillips, who spent time with Shaun in May of 2018, gave the message. Pastor Joe was the minster at a youth camp in SC along with Pastor Doug, where Shaun, rededicated his life to Christ more than 20 years ago. His sermon topics included how David, a man after God’s own heart, continued to make mistakes and God never abandoned him.

valleys he has come through. “-A Raisin in the Sun

To order memorial trees or send flowers to the family in memory of Shaun Antonio Alexander, please visit our flower store.