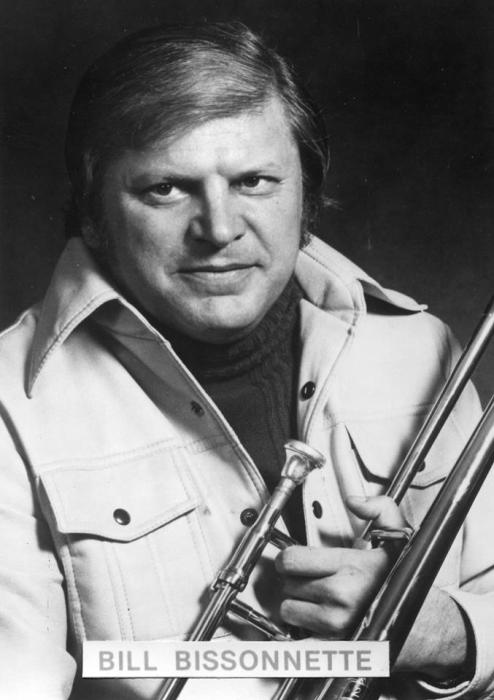 William Edward Bissonnette, known to his friends and fans as Big Bill Bissonnette, passed away June 26, 2018, at the age of 81.

Big Bill was born on February 5, 1937 to the late Robert and Anna Bissonnette in Bridgeport, CT. He will be remembered forever by his son Douglas, his brother Robert, his daughter-in-law Kimberly, and grandchildren Alyssa and Alex. He will also be remembered by his numerous nieces and nephews, many close friends, and his fans that span the globe.

An accomplished New Orleans jazz trombonist and drummer, Big Bill was also responsible for the creation and distribution of more than a hundred recording sessions, many of which appeared on his own Jazz Crusade label. To Bill, the music is what mattered. Preserving and expanding New Orleans Jazz was a passion that consumed him throughout his life. At his request, there will be no services as he believed that so long as his recordings survive, he will still be with us.
Bill was also a proud veteran of the United States Army.

In lieu of flowers or cards, the family requests that you take time to listen to his music and enjoy it with others.

You can find Big Bill doing what he loved on his YouTube channel (https://www.youtube.com/channel/UCzSWqSitb_EMtVEb5xjy2RA) as well as on his Facebook fan page (https://www.facebook.com/groups/153944537962795/).

To order memorial trees or send flowers to the family in memory of William Edward Bissonnette, please visit our flower store.
Send a Sympathy Card