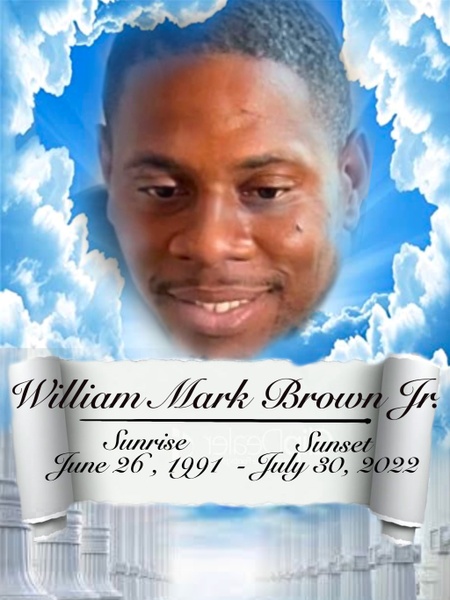 William Mark Brown, Jr. departed this life on July 30, 2022. He was born on June 26, 1991 in The Bronx, New York at Jacobi Hospital to Mark Brown and Vernell Logan. He was affectionately know as J.R.

J.R. received his formal education from the Richmond County School System. His character, personality, laughter and loyal spirit was a testament to how much he was Loved by everyone. It was also these traits that made everyone who came in contact with him say “I Love me some J.R.”

On November 24, 2021 at 2:55 am, J.R.’s life forever changed, as he and Anniece Mormon welcomed their daughter and the newest addition to the Brown family, Amira Markia Brown, making J.R. the happiest man on earth and it showed.

To order memorial trees or send flowers to the family in memory of William Mark Brown, Jr., please visit our flower store.