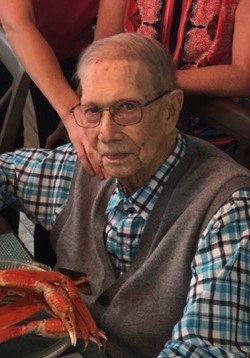 He is preceded in death by his first wife, Sarah; second wife, Joyce; sons, John Earl Perry and Richard Peterson.

He is survived by his daughters, Elizabeth (Robert) Shoaf, Kathryn Peterson, and Deborah Canter.

William served his country in the U.S. Army. He worked at JC Penny’s for over 30 years. He was a loving father and good friend to many.  He will be greatly missed and fondly remembered by all who knew him.

To order memorial trees or send flowers to the family in memory of William Joseph May, please visit our flower store.
Send a Sympathy Card